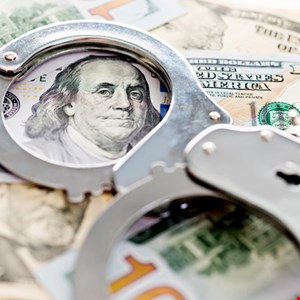 A Plano resident has been sent to prison for his part in a multimillion-dollar fraud and money-laundering scheme that victimized school districts, charities, and senior citizens.

According to court documents, the 30-year-old would obtain fake passports in the names of other people, then use these fraudulent documents to open bank accounts and set up sham businesses.

After the fraudulent bank accounts had been opened, Aderinoye’s co-conspirators exploited them to carry out various business email compromise (BEC) scams and telephone compromise scams that defrauded individuals and businesses out of money.

“In these scams, co-conspirators would pose as a known individual and direct the targeted victims to wire or send funds to Aderinoye or the fraudulent accounts Aderinoye had set up,” said the Department of Justice.

Proceeds from the crimes were used to pay off co-conspirators and to bankroll additional fraudulent schemes. From June 2018 through September 2019, over $6.7 million was deposited into bank accounts opened by Aderinoye using an alias.

Law enforcement have linked Aderinoye’s name to 13 individual aliases, 12 business aliases, and over 40 fraudulent bank accounts. However, evidence suggests that he may have used more aliases.

Among the scammers’ growing list of victims are school districts such as Community ISD and Project 4031, a non-profit organization that partners with hospice and palliative care organizations to offer no-cost services to patients and families.

One elderly man targeted by Aderinoye and his associates had over $352,000 stolen from his investment account, while another individual whose identity was stolen lost every cent in his retirement account.

On March 25, Aderinoye was sentenced to 408 months in federal prison by US District Judge Amos Mazzant. The fraudster was also ordered to pay restitution in the amount of $1,919,526.13.