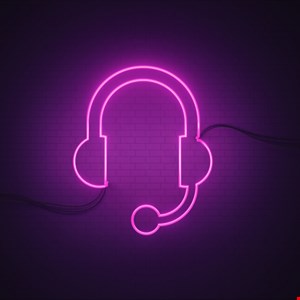 Police in India have arrested 34 people for allegedly impersonating Apple and McAfee employees to con foreign nationals out of their money.

The defendants were detained during a March 20 raid on two fake call centers located in the same building in Uttam Nagar, a mostly residential area in southwestern New Delhi.

Delhi Police’s Cyber Crime Unit (CyPAD) have linked the call centers to approximately 8,000 victims in Canada, the United Kingdom, and the United States who were scammed out of more than $1.38m.

The accused allegedly posed as technical support officials working for Apple, McAfee, or a leading cellphone service provider to send victims pop-up alerts or voicemail messages stating that their devices were no longer secure.

“They would talk to the victims and convince them that their devices were hacked or their data has been compromised,” said Deputy Superintendent of Police Anyesh Roy.

“The victims were then induced to pay to clean their device or for tech support,” he added.

Police also alleged that the employees of the fake call centers impersonated law enforcement officers to threaten victims with arrest unless they transferred money.

“They would call foreign nationals and tell them their bank accounts were used in illegal transactions made to drug cartels in Mexico and they would be arrested,” said Roy.

“Fearing arrest, the victims would put their money into Bitcoin or Google gift cards. This was done on the instructions of the accused. The money was then transferred to other accounts.”

The Cyber Crime Unit arrested 18 individuals in a third-floor call center that police allege was owned and operated by 32-year-old Kshitiz Bali. On the fourth floor, in another center that was allegedly run by Bali’s associates Abhishek Negi and 28-year-old Dhananjay Negi, 16 further arrests were made.

In December, New Delhi Police arrested 54 people in a raid on an illegal call center located in Moti Nagar. The accused allegedly impersonated the United States Drug Enforcement Agency, Social Security Administration, and the US Marshals Service to threaten victims with arrest unless they made a cash transfer.