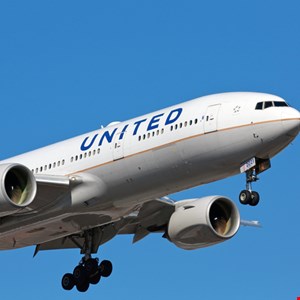 United Airlines Inc. has agreed to pay $49m to resolve criminal charges and civil claims that it was defrauding the United States Postal Service.

The world’s third largest airline entered into International Commercial Air (ICAIR) contracts to transport mail internationally on behalf of the postal service. Under the contracts, United was entitled to full payment only if accurate barcode scans were provided for deliveries and mail was delivered in a timely manner.

Between 2012 and 2015, United engaged in a scheme to defraud USPS by submitting false delivery-scan data that made it appear as though mail was being delivered to meet the full payment requirements of the contract. However, the airline submitted automated scan data that was not tethered to the actual delivery of the mail but was based merely on aspirational delivery times.

Through this data automation scheme, United secured millions of dollars in payments from the USPS that the airline was not entitled to under the terms of the ICAIR contracts.

In addition to submitting false data, United admitted concealing problems related to scanning and mail movements that would have landed the airline with financial penalties had they come to light.

“Certain individuals at United worked to conceal United’s automation efforts from the USPS, as they knew that the data being transmitted was fabricated,” said the Department of Justice.

“These individuals further knew that the transmission of false data violated the terms of the ICAIR contracts.”

On February 26 United entered into a non-prosecution agreement (NPA) with the Criminal Division’s Fraud Section and agreed to pay $17,271,415 in criminal penalties and disgorgement to resolve a criminal investigation into the fraud scheme.

The airline also agreed to pay $32,186,687 as part of a False Claims Act settlement with the Civil Division’s Commercial Litigation Branch.