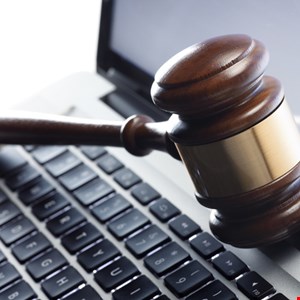 A man from Texas has been convicted of operating a website dedicated to publishing stories detailing the sexual abuse of children.

According to trial evidence, the 64-year-old started operating a website called Mr. Double in 1996. The website was devoted to publishing writings that described the sexual abuse of children, including the rape, torture, and murder of infants and toddlers.

The website, which Arthur administered from his home, proved popular, and in 1998 he began charging a membership fee.

According to NewsWest9, Arthur stated in an interview with the FBI that his site had over 800 subscribers who paid up to $90 a year to access content.

Arthur invited members to submit material for publication on the site in return for a discounted membership fee. All of the submitted material was reviewed and approved by Arthur personally prior to being uploaded to the website.

The evidence at trial showed that along with text, some of the author pages on the website contained drawings depicting children engaged in sexually explicit behavior.

Arthur made enough income from the Mr. Double website for it to be his sole source of income for more than 20 years.

The site remained online until November 2019, when the FBI executed a search warrant at Arthur’s residence near Terlingua. Additional evidence about Arthur’s illegal activities was obtained from a server in the Netherlands where the Mr. Double site was hosted.

The FBI said that the site contained several disclaimers stating that none of the stories were based on real events. However, among the site’s subscribers were a significant number of people with prior convictions for child sexual abuse and possession of child sexual abuse material.