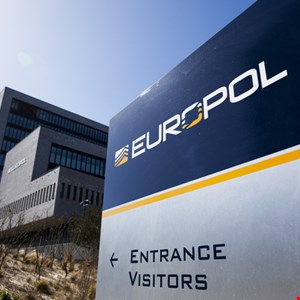 EU law enforcement authorities are being overwhelmed by the sheer quantity of online child sexual abuse material (CSAM), according to a new report by Europol.

The “Internet Organized Crime Threat Assessment (IOCTA)” report, published on Monday, found a continuation in the year-on-year increase of detected online CSAM and also a surge in its distribution during the peak months of the COVID-19 health crisis.

While EU member states reported an increase in the number of blocked attempts to access websites featuring CSAM during their lockdowns, referrals of CSAM from the public and industry in third-party countries reached “record highs” during the peak months of the pandemic.

The problem has become so prevalent that EU law enforcement agencies no longer have enough resources to investigate every report of CSAM.

“Law enforcement authorities in the EU see themselves confronted with an overwhelming amount of online CSAM to the extent that it becomes unmanageable for many of the units dealing with this crime,” noted IOCTA.

“Many investigators in EU Member States are faced on a daily basis with the task of making impossible choices between investigating one report instead of another.”

Part of the rise in the volume of CSAM online may be a change in how offender communities operate. IOCTA noted that while dark web CSAM communities and real-life child sexual abusers “used to be relatively separate,” online communities now frequently require users to record and post their abuse of children.

“Administrators require strict observance of the rules to avoid being banned from the forum. In addition, compliance with the rules and active participation can lead to a progressive increase in rank,” noted IOCTA.

Alarmingly, the report notes a rise in the amount of self-produced CSAM online, created by children who are spending more time online as a result of the lockdown.

Livestreaming of CSAM has continued to increase, becoming even more popular than usual during the COVID-19 crisis when travel has been restricted.

The Philippines remains the main country where such abuse happens, though significant levels of livestreaming have been discovered taking place in Romania.