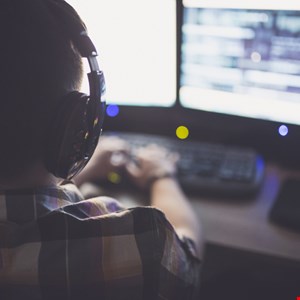 A 13-year-old boy has been arrested in the United States after allegedly hacking into an Indiana school district’s computer system.

The unnamed teen was arrested after repeated cyber-attacks were launched against Valparaiso Community Schools.

School officials reported regular assaults on the district’s e-learning systems that disrupted instruction by causing students to become disconnected from their virtual classrooms.

The alleged hacker is a student at Benjamin Franklin Middle School, a highly rated public school with 820 students and a student-teacher ratio of 18 to 1.

Police confirmed on September 18 that they had taken the boy into custody on September 17 after school officials discovered he had illegally entered the Valparaiso Community School computer system.

Valparaiso police captain Joe Hall said that the boy is believed to be behind a series of cyber-attacks that have struck schools in the district since the pandemic triggered a shift to online learning.

The defendant was transported to the Porter County Juvenile Detention Center, where he was charged under a new law with committing an offense against computer users. The law, Indiana Code 35-32-1-8, is a level 6 felony.

Interim School Superintendent Michael Berta said no evidence had been found to suggest that the boy had been working with any accomplices when he allegedly carried out the cybercrimes.

Berta said by disrupting the e-learning programs introduced in an effort to slow the spread of COVID-19, whoever was responsible had made an already challenging situation even more difficult.

He added that since the boy’s arrest, the disruptions to e-learning had ceased.

“This has been a very frustrating situation,” he told The Times. ”We’re looking forward to moving on.”

Parents were notified by Valparaiso administrators that the school district was working with law enforcement to identify the criminal(s) behind the attacks, which they described as “purposeful and malicious criminal acts.”

After hiring experts to combat the cyber-attacks, the district is now investigating ways in which its cyber-defenses can be strengthened against future assaults.