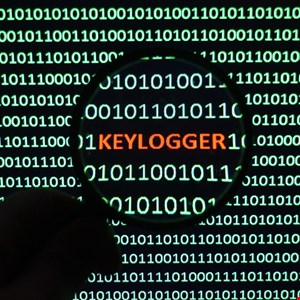 A New Jersey man who physically installed keyloggers onto the computer networks of his rivals to steal trade secrets has been sent to prison for nearly eight years.

Ankur Agarwal, of Montville, pleaded guilty to two counts of obtaining information from computers and one count of aggravated identity theft in federal court in Newark back in October 2019. The 45-year-old admitted stealing 15,000 files relating to emerging technology from two different companies.

According to court documents, Agarwal trespassed on the New Jersey premises of a Texas-based tech company in February 2017. The cyber-criminal then illegally installed hardware keylogger devices on the company’s computers to capture the keystrokes of its employees.

From the data provided by the keyloggers, Agarwal was able to extract the usernames and passwords of the employees and gain access to the company’s computer system.

Once inside the company’s network, Agarwal installed his personal computer and a hard drive. Prosecutors said that Agarwal then stole data relating to the development of an emerging technology from the company’s computers.

To exfiltrate the data, Agarwal used a computer code that he had made specifically for that purpose. He executed the exfil script against multiple computers and on more than one occasion.

Agarwal confessed to hacking into a second company based in New York. He was able to enter the company’s premises in New Jersey after fraudulently creating an access card for himself.

While trespassing at the second company, Agarwal again targeted data relating to emerging technology and stole it. His criminal activities were detected by employees at the company in April 2018.

On September 1, 2020, US District Judge Susan Wigenton sentenced Agarwal to 94 months behind bars. He was further sentenced to three years of supervised release and ordered to pay a fine of $25,000.

Agarwal consented to a forfeiture judgment that required him to forfeit his computers, storage devices, and related equipment.

US Attorney Craig Carpenito credited special agents of the FBI’s Cyber Division with the investigation that lead to the conviction of Agarwal.