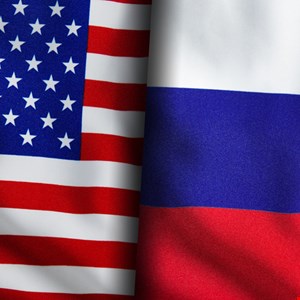 A member of an organization dedicated to disrupting America’s political system has been charged with wire fraud conspiracy.

According to a criminal complaint filed yesterday in the Eastern District of Virginia, the 27-year-old used the accounts to both promote Project Lakhta’s influence operations and for his own personal enrichment.

Based in Russia, Project Lakhta was set up to engage in political and electoral interference operations. Its members have previously been accused of conspiring to interfere with the 2018 midterm election, using social media and email to create and amplify divisive social and political content targeting a US audience.

“Since at least May 2014, Project Lakhta’s stated goal in the United States has been to disrupt the democratic process and spread distrust towards candidates for political office and the political system in general,” said a spokesperson for the United States Department of Justice.

For the previous six years, Project Lakhta has attempted to obscure its disruptive activities by operating through a number of entities, including the Internet Research Agency (IRA).  The Translator Department, in which Lifshits has fulfilled a managerial role since around January 2017, is alleged to be responsible for much of Project Lakhta’s influence operations.

The US Justice Department said that attempts by the Project to exploit events in America and turn its misled citizens against one another are still ongoing.

“Lifshits participated in this fraud in order to further Project Lakhta’s malign influence goals and for his own personal enrichment,” said Assistant Attorney General for National Security John C. Demers.

“This case provides a clear illustration of how these malicious actors fund their covert foreign influence activities and Russia’s status as a safe haven for cyber criminals who enrich themselves at others’ expense.”

The Department of Treasury’s Office of Foreign Assets Control (OFAC) designated Lifshits and two other Project Lakhta members for sanctions based on the malicious cyber-enabled activity outlined in the complaint.