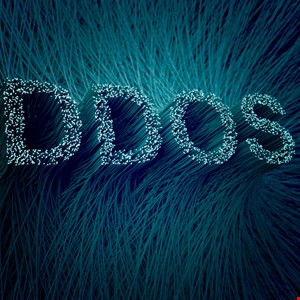 Distributed denial of service (DDoS) attacks against online educational resources are over three times more prevalent in 2020 than they were last year, according to new research by Kaspersky.

In a report published today, researchers found that between January and June 2020, the number of DDoS attacks affecting educational resources increased by at least 350%, compared to the corresponding months in 2019.

The largest month on month increase was noted in January, when attacks were up by 550%.

Globally, the total number of DDoS attacks increased by 80% in the first quarter of 2020, compared to Q1 2019, with attacks on educational resources accounting for a large portion of that growth.

DDoS attacks can last anywhere from a couple of days to a few weeks, causing significant operational disruption and, in the case of educational resources, denying students and staff access to critical materials.

Further findings of the report were that from January to June 2020, 168,550 unique Kaspersky users encountered a variety of threats distributed under the guise of popular online learning platforms/video conferencing applications.

Educators also encountered a growing number of phishing pages and emails exploiting these educational online platforms in an attempt to get victims to download various threats.

An unprecedented uptake of online educational resources occurred in 2020, triggered by school closures around the world designed to slow the spread of COVID-19. Attackers seeking to exploit the speedy mass migration from physical to virtual learning have been targeting this vast new attack surface, which grew without full consideration of security best practices.

“Remote learning became a necessity for billions of students this past spring, and many educational institutions were forced to make the transition with little or no preparation,” said Alexander Gutnikov, security expert at Kaspersky.

“The ensuing increase in the popularity of online educational resources, coupled with this lack of preparedness, made the educational sector an ideal target for cyber-attacks. Moving forward this fall, as many schools and universities plan to conduct classes online—at least part of the time—it’s critical these organizations take steps to secure their digital learning environments.”