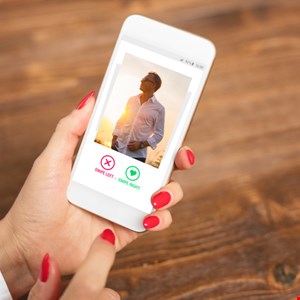 The Democratic National Committee sent out a nationwide alert on Wednesday warning romance-seeking campaign staffers to be wary of what information they reveal to people they match with on dating apps.

Staffers were instructed to “swipe carefully” and to “trust but verify” any facts they were supplied with by prospective partners. They were also told to use the internet to carry out background searches on their potential mates.

The DNC said it issued the warning after receiving reports that “opposition groups may be trying to ‘sting’ or infiltrate Democratic campaigns or organizations through dating sites.”

To dissuade staffers from sharing content that could be potentially damaging to Biden’s chances of becoming the 46th president of the United States, the emailed alert warned them not to “put anything out there that you wouldn’t mind the opposition seeing.”

Staffers were encouraged to imagine what would happen in the event that the “video calls, text messages, emails, photos, or DMs” they shared with a potential amor ended up on the front cover of left-leaning newspaper the New York Times.

In a move that appears to put the reputation of the Democratic party ahead of Americans’ right to free speech, campaign staffers were ordered to “think twice about saying things that could be taken out of context to the detriment of our collective efforts.”

According to the alert, signs that a dating match might be seeking for information rather than for a soulmate included the asking of questions geared toward the election, campaign, candidate, or opposition.

The timing of the socially engineered cyber-threat warning comes as the US general election campaigns approach the final furlong. With just under 70 days to go until voting begins, the DNC wrote: “We can expect our adversaries both foreign and domestic to dial up the heat.”

A DNC official told The Hill that the alert was “nothing new and part of an ongoing effort to educate campaign staffers about where bad actors may exist online, how they may use social engineering tactics to gain access to information, and remind our campaign staffers to stay vigilant.”