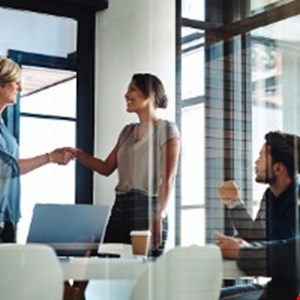 Rogers has joined the London-based firm with immediate effect from Amnesty International, where he held the position of head of information security, responsible for the confidentiality and security of 70 offices and 3500 members of staff working on various human rights issues.

At Copper Technologies, Rogers has been charged with strengthening the company’s security as well as developing a market leading and scalable information security function.

Rogers began his career working in network administration before going into penetration testing and general cybersecurity. Prior to Amnesty, he worked at a number of major organizations including merchant bank Close Brothers, security vendor PhishMe and CrossGroup Security.

Dmitry Tokarev, chief executive officer, Copper, said: “I am very pleased to welcome Jake as the newest member of our team. I believe that his strong security credentials and understanding of the direction in which crypto is moving make him a perfect fit for the role. With Copper continuously evolving our product suite and offering, Jake’s expertise will be crucial as we look to ensure that our security continues to set an industry standard.”

Rogers added: “I am thrilled to join Copper as its chief information security officer. In the past few years, there has been a major, fundamental shift in the public’s attitudes toward free and open systems, especially in banking and finance. Crypto is becoming mainstream and with new technology being developed rapidly in this space, it has demonstrated real potential to replace traditional banking and finance with something far freer, more equal and democratic.”