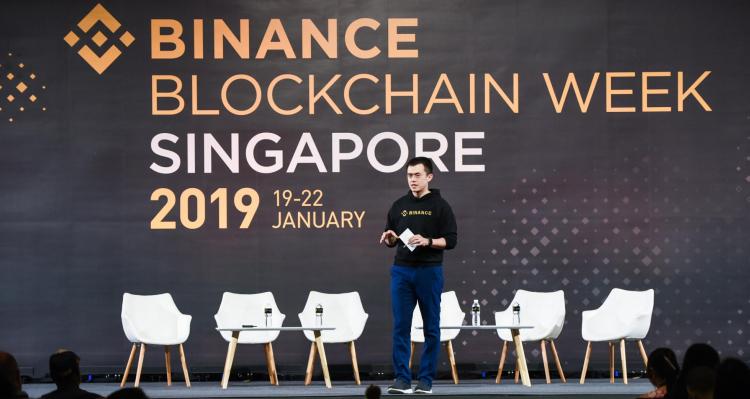 Binance, the world’s most prominent crypto exchange, says it is close to adding a much-anticipated margin trading feature to its service following weeks of speculation.

The company tweeted confirmation of the upcoming feature in a screenshot which subtly teases the imminent arrival of margin trading options. Binance CEO Changpeng Zhao (pictured above) first revealed that the feature was headed to Binance during a live stream following a hack earlier this month that saw Binance lose around $40 million in Bitcoin.

Margin trading, which lets traders use their balance as collateral to super-size their buying power, is seen by many as an important growth vector for crypto trading. Binance is often the world’s largest exchange based on daily trading volumes — though it is currently ranked second, according to Coinmarketcap data — but it has avoided margin trading to date. Instead, exchanges like BitMex, Huobi Pro, Poloniex, Kraken and Coinbase’s GDAX have run with the ball and offered the functionality. Coinbase has also considered adding it for regular, retail customers.

The new feature is part of a number of expansions from Binance as it aims to broaden its reach. The company has added support for purchasing crypto using fiat currency in three countries — Jersey (for the UK), Uganda and most recently Singapore — while it also released an early version of its ‘decentralized’ exchange (DEX) to offer further trading options.

Despite that hack, which saw Binance pause withdrawals and deposits for a week, the crypto market remains bullish on the company. Binance’s BNB token passed a $30 valuation this week for the first in its history. Its worth is up 8 percent over the last 24 hours — that’s better than Bitcoin (5 percent), Ethereum (6 percent) and XRP (4 percent), which are crypto’s three largest tokens based on ‘coin market cap.’

There’s been excitement around Bitcoin’s rally in recent weeks, which saw its price briefly pass $8,000 a coin this month, but BNB has been the pick of crypto’s top tokens in 2019. Its value has increased more than five-fold since January 1, when it was worth $6. Today, it trades at $33, as of the time of writing.

Binance’s BNB token has been a standout performer for crypto investors in 2019 [Chart via Coinmarketcap.com]