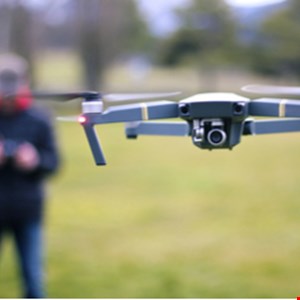 Chinese-made drones may be sending sensitive flight data to their manufacturers in China, according an alert issued by the US Department of Homeland Security (DHS), CNN reported on May 20.

In a copy of the alert obtained by CNN, DHS said, “The United States government has strong concerns about any technology product that takes American data into the territory of an authoritarian state that permits its intelligence services to have unfettered access to that data or otherwise abuses that access.”

While the report refrains from naming specific manufacturers, approximately 80% of the drones used in the US and Canada reportedly come from DJI in Shenzhen, China. DHS reportedly is concerned about ”potential risk to an organization’s information…[from products that] contain components that can compromise your data and share your information on a server accessed beyond the company itself,” according to CNN.

“Those concerns apply with equal force to certain Chinese-made (unmanned aircraft systems)-connected devices capable of collecting and transferring potentially revealing data about their operations and the individuals and entities operating them, as China imposes unusually stringent obligations on its citizens to support national intelligence activities,” the alert reportedly added.

“The Department of Commerce required Google to pull rights to use Google Play and apps on Android from Huawei. Now, we are hearing about risks of Chinese-made drones, which the primary manufacturer is DJI based in China,” said Chris Morales, head of security analytics at Vectra.

“The overall theme is that a third-party manufacturer could be using personal data for malicious intent. This is a theme that should expand beyond just a specific nation state actor. This is a real concern for any device that is collecting data on a user, regardless of where they are based.

“It doesn’t mean everyone is bad, though. Most organizations are in the business of making money and are not intentionally causing harm to consumers. Personally, I don’t even like enabling features, such as location services, on my personal device that gives even American companies too much data about me and my own personal habits.”