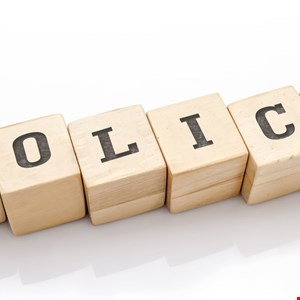 Two years after President Trump taking office, the Foundation for Defense of Democracies has issued its midterm assessment, The Trump Administration’s Foreign and National Security Policies, which looks in part at the administration’s cyber policies and the advances therein.

Authored by Annie Fixler, deputy director for the Center on Cyber and Technology Innovation (CCTI), and David Maxwell, senior fellow, CCTI, the section on cyber looks at current policy and makes recommendations for moving forward.

In their assessment, Fixler and Maxwell found, “The Trump administration’s cyber policy is moving away from the prioritization of law enforcement to an approach that balances law enforcement, persistent engagement with adversaries in cyberspace, and the pursuit of deterrence. The most significant expression of this shift is the administration’s September 2018 National Cyber Strategy.”

Based on a series of assertions from senior officials who testified before Congress as to the effectiveness of previous policies, the Trump administration took what Fixler and Maxwell commended as positive steps forward.

“In May 2017, the president signed an executive order requiring departments to work with the private sector to support critical infrastructure security. Seven months later, in its first National Security Strategy, the administration pledged to impose ‘swift and costly consequences’ on malicious cyber actors, and explicitly noted the danger of adversarial cyber-enabled economic warfare.”

The authors also noted that “while it is too early to assess the effectiveness of the Trump administration’s new National Cyber Strategy, the document has received rare bipartisan praise.”

After outlining the effective strategies taken by the administration, the FDD made six cyber-specific recommendations: