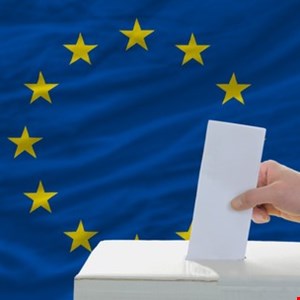 UK voters are among the most concerned in Europe that elections could be sabotaged by cyber-attacks, according to a new European Commission study.

The survey polled over 27,000 citizens across the EU with face-to-face interviews to better understand their concerns ahead of upcoming European elections in May 2019.

While an average of 61% said they were worried about potential cyber-attacks manipulating the results of the election, the figure rose to 67% in the UK — one of the highest of any country.

Across Europe, 67% said they were concerned that their personal data could be used to target the political messages they see — a reference to the Cambridge Analytica scandal that may have impacted the results of the US presidential election and Brexit referendum in 2016.

The good news is that the vast majority of those polled agree that the best way to tackle these threats is to: introduce more transparency to social media, including the affiliation of those behind online ads; give a right to reply for political candidates on social media; and introduce a silence period on social media ahead of key votes, as happens with traditional media.

Laurie Mercer, a security engineer at HackerOne, argued that British voters have nothing to fear from cyber-attacks as — unlike in the US — the system is paper-based.

“Confidence in government IT systems is low. British citizens are worried that their data will be breached. That said, it is difficult to justify this level of concern when thinking of the paper-based elections that we hold in the UK,” he added.

“During British elections, voters mark ballot papers with a pen in a voting booth in a polling station, which are later counted manually. The process is physical: there is a risk of social engineering, but it is really quite difficult to ‘hack’ a paper-based election to the extent that the result can be affected.”

However, disinformation on social media is a real challenge, according to DomainTools senior security advisor, Corin Imai.

“When we consider how disinformation campaigns spread by outside forces attempted to exert influence over the EU referendum campaign, it makes sense that the UK is more fearful of the cyber-threat to elections than other parts of Europe, but this does not mean that those outside of the UK are safe,” he argued.

“All Western democracies should be concerned by attempts to use cyber-attacks and fake news, which could be used by hostile nation-states for their own gain. While much has been made of how utilities represent critical infrastructure which is vulnerable to cyber-attack, the integrity of our electoral process is just as, if not more critical to our way of life, and should also be considered critical.”