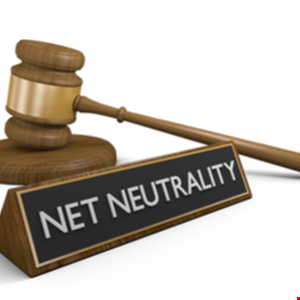 With no explanation, the Supreme Court declined to hear an appeal of the net neutrality case, according to The Hill.  Justice Kavanaugh and Chief Justice John Roberts recused themselves from the vote.

In opting not to hear the case, SCOTUS leaves in place the existing high court ruling that the FCC has the authority to regulate broadband like a public utility, which supporters of the 2015 Net Neutrality regulations, established by the Obama administration, saw as a win.

The appeal came from USTelecom, a trade group that represents internet service providers (ISPs). In conjunction with the Trump administration, USTelecom requested that the ruling from the US Court of Appeals for the District of Columbia Circuit be overturned on the basis that the Federal Communications Commission has no congressional authority to impose common-carrier obligations on broadband internet access service, The Hill said.

As a result of the existing high court ruling, ISPs cannot block or throttle web content, nor can they create fast lanes for pay.

“We’re grateful that a majority of the justices saw through the flimsy arguments made by AT&T and Comcast lobbyists,” said Matt Wood, the policy director at Free Press, in a statement. “The ISPs went all out to push FCC Chairman Ajit Pai to repeal the agency’s net neutrality rules – and then ran to the Supreme Court looking for a do-over on earlier cases that rightly upheld those rules. There was absolutely no reason for the Supreme Court to take this case, and today’s denial puts to bed the chances of upending the correct appellate-court decisions.”

Despite the Supreme Court decision to not hear the case, Republicans remain hopeful that the FCC’s vote last December to repeal net neutrality rules will be upheld, though that decision is being challenged before the DC Circuit.

“[The Restoring Internet Freedom order] remains the law of the land and is essential to an open internet that protects consumers and advances innovation,” Spalter reported said in a statement.