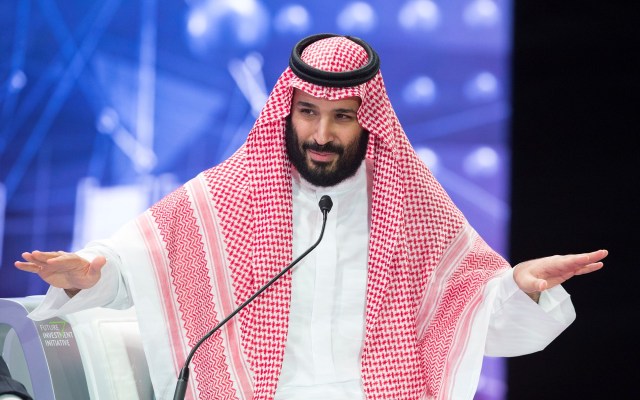 It’s time to bring the conversation about where Silicon Valley gets its money from out into the open. Following recent revelations into Saudi Arabia’s extensive reach and influence in the US technology sector, the willful ignorance that has defined the relationship between venture capital firms and the limited partnerships (LPs) that fund them for years now isn’t going to cut it anymore.

According to the latest reports from the Wall Street Journal, Saudi Arabia is now the single-largest source of funding for US-based tech companies. Since 2016, the Saudi royal family has invested at least $11 billion into US startups directly, and in August, the Saudi Arabian government committed $45 billion to Softbank’s $92 billion Vision Fund. To put that into context, the total amount of funding deployed across all VC deals so far in 2018 is $84.3 billion — a record for the industry, but a paltry sum relative to the wealth of the Saudi Kingdom.

Backlash is rising — and that’s a good thing. With tech companies now capturing the lion’s share of global wealth creation, we should absolutely want to know where that money is going. For one, it’s a matter of ethics. The US tech industry generates billions of dollars in returns annually for investors. When that money is being funneled into the coffers of a country with a total lack of respect for basic human rights, that’s a problem. It’s not good for Silicon Valley entrepreneurs and it’s not good for the country as a whole.

That’s not to say all sovereign wealth is at issue. Not in the least bit. But when it comes to funds that support nation states with questionable track records on human rights, there’s no debate.

This is a critical moment for Silicon Valley. It’s a wake up call to venture capitalists and entrepreneurs alike to start being more mindful about their sources of funding. There are plenty of better institutions and more impactful causes you can be helping to enrich – research initiatives at top public children’s hospitals, financial aid programs at historically black colleges and universities, public pension funds, and the list goes on – you just have to make the effort and be intentional about it. As an industry, we can and should be doing more to support these groups. If fact, it’s one of the very reasons why Jyoti Bansal and I founded Unusual Ventures and raised our entire fund from a diverse set of LPs.

If history is any guide, however, it will take more than the better nature of entrepreneurs and their investors to make a real impact.

Gender parity in the tech industry is a fitting example: While advocates have been calling for greater gender diversity in senior leadership positions at tech companies for decades, gender inequality continues to pervade the entire sector. In September, California took steps to remedy the issue by passing a law requiring public companies to have at least two female directors on the executive board. Since then, we’ve seen some improvements – although there is still far, far more that needs to happen.

Similarly, what’s likely needed to move the needle on transparency in venture funding is common sense regulation. For instance, we should consider a law that requires – at a minimum – transparency around how much funding VC firms raise from foreign sources.

This already exists for VC funding raised from public US institutions. When VCs raise capital from public universities, endowments, pension funds and others, they are required to report it under the Freedom of Information Act (FOIA). Ironically, this mandate has contributed to the rise of sovereign wealth funds in the tech sector. That is, the additional reporting requirements that come along with raising money from public institutions drives VCs to “easier” sources of funding, such as sovereign wealth and billionaire family offices. Translation: transparency isn’t just common sense – it’s effective too – so let’s level the playing field.

Just like with any society-level issue though, fixing Silicon Valley’s sovereign wealth problem won’t happen overnight. For one, drafting legislation and enacting it into law takes time. It’s also extremely difficult for VCs to make changes around their investment base in the short term. If change is going to take root, the big moments to watch will be the start of the next funding cycle (ie. when VCs are out raising their next fund) and future legislative sessions, especially in the California state legislature.

In the meantime, entrepreneurs need to start asking VCs about where their money comes from. Nothing is going to happen without the industry’s best entrepreneurs stepping up and putting the pressure on VCs. So long as they are willing to accept funding without asking where it comes from, there is little incentive for the VC industry to change.

But if the entrepreneur community in Silicon Valley takes a stand on transparency in VC and starts asking the right questions, there is nothing stopping this moment from becoming more than just another news cycle. It will become a movement the VC industry cannot ignore.